Our business is about people and relationships and we strive to provide the very best service to our audiences and our clients. Our processes are built around the principle that dealing with Outsource Digital Media should be easy, friendly, straightforward and professional.

Peter White founded Outsource Digital Media Ltd in 2005. Prior to that he was International Sales and Marketing Director for Global Gaming Business LLC, the leading North American, B2B gaming industry monthly publication from March 2003 until July 2006. In addition to his role as Managing Director of Outsource Digital Media, Peter has held over the years consultancy roles with publishing companies developing their publications' databases and social media, and assisting with their digital transformation from analogue to digital media, that included companies such as Screentrade, London Sport and High Point Media. During Peter’s 20+ years in the casino and gaming industries, he has been a guest at casinos from Manila, Singapore, Macau, Moscow, Buenos Aires, Las Vegas, Monte Carlo, Punta Cana, Biloxi, to Kyiv.

Peter’s early career was spent in the leisure and travel sector as well as in sales roles in the publishing industry. 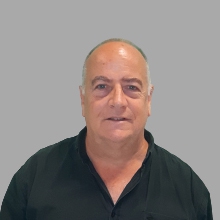 Bill Healey has been involved in the sports, leisure and gaming industry for over 35 years, leading software development of solutions implemented in more than 40 countries across the Americas, Europe, Africa, Asia and Australia.  Having also written for multiple publications in the gaming, casino and leisure industry, Bill had taken on roles as Associate Editor Asia for Casino Life Magazine and Editor for Sports Betting Operator Magazine.  Bill's gaming & lifestyle articles have regularly been printed in publications in the USA, UK, Mexico, South Africa, India, Vietnam, Thailand, Indonesia, Singapore, Korea and China.

Bill has lived and worked out of Las Vegas, Bangkok and Bali -- and has frequently travelled for casino and gaming projects throughout Asia and Africa.  He has been a guest at integrated resorts and five-star properties in Las Vegas, New York, Niagara Falls, Shanghai, Macau, Vietnam, Cambodia, Thailand, Singapore, Indonesia, Myanmar and Guam. 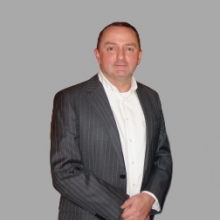 Damien has commercial acumen, financial literacy, digital insight, market instinct, and an affinity with key stakeholder groups. Broadly experienced in marketing and sales leadership roles, he has Board experience – including hyper-growth companies – and has managed SMEs. He has proven governance, line, project, and financial management skills.

His industry experience includes gaming, retail, FMCG, and TMT across start-ups, scale-ups, mature organisations, and spin-outs. He launched DOOM and Microsoft’s Xbox and Halo; introduced digital signage to leading leisure resorts; partnered Costa Coffee with Shell; increased sales and distribution for Vodafone; supported a global SaaS company’s development prior to its sale for over $300M; launched a cooperative in a mature market, rapidly scaling it to over £70M in annual revenues; and has been published in The Economist, The Financial Times and other leading media worldwide.

Damien volunteers for The Turing Trust and is a Board member of a charity seeking to benefit High Streets and communities. A qualified football coach, he managed his company team to Samsung’s Euro Cup played in Amsterdam’s Olympic Stadium. He enjoys gaming and has helped his ‘clans’ achieve world #1 in three separate titles. 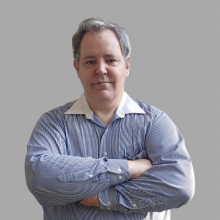 David McKee culminated over 25 years’ experience covering the gaming industry when he was named Editor-in-Chief of Casino Life in November 2020. Previously he had spent several years as one of the magazine’s leading correspondents. He is also a contributor to Outsource Digital Media’s Sports Betting Operator. In addition to his work for Outsource, David continues to write his “Stiffs & Georges” column for LasVegasAdvisor.com and to contribute to CDC Gaming Reports.

Prior to joining Outsource, David was managing editor of Huntington Press. From 2005-07 he was news editor of the Las Vegas Business Press, which he preceded with a stint as managing editor of Global Gaming Business. He began covering the industry as a proofreader for Casino Magazine and Casino Executive Magazine, then rose to managing editor of Casino Executive and later of Casino Journal. He has been published in Las Vegas City Life, Las Vegas Weekly, Desert Companion, the Twin Cities Reader, Minnesota Monthly, Skyway News, Leitmotive, The Opera Quarterly and Opera News, as well as in the program books of the San Francisco and Washington, D.C., opera companies.

David has been a guest at many Las Vegas casinos and covered virtually all of them, in addition to reporting on national and international developments in the casino industry, including governmental affairs. He currently lives in Augusta, Georgia, with his wife Jennifer.